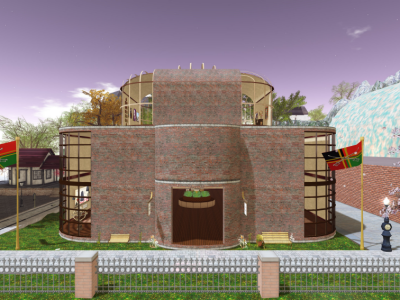 The group Caledon Oxbridge Fencing was founded at 20th July 2009 by Kitiana Marenwolf. Today captained by Ravelli Ormstein and Katrine Baily. Group membership is free. The group chat can be used to ask for opponents. As a group member you will receive further info about game play, strategy, team and tournaments. The purpose is to offer a service to the Caledon Oxbridge University, its scholars, faculty members, residents and friends of the Independent State of Caledon. 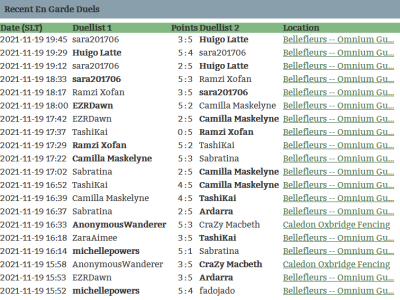 This is a list of duels that took place in the last 24 hours in Second Life. It is meant to bring you to fencing locations where you might find an opponent right now. 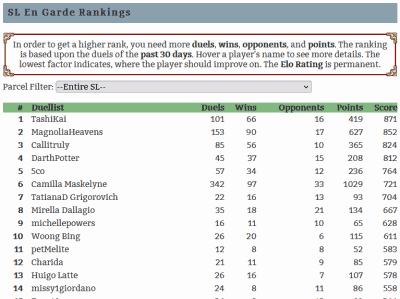 In order to get a higher rank, you need more duels, wins, opponents, and points. The ranking is based upon the duels of the past 30 days. Hover a player's name to see more details. The lowest factor indicates, where the player should improve on. The ELO Rating is permanent. 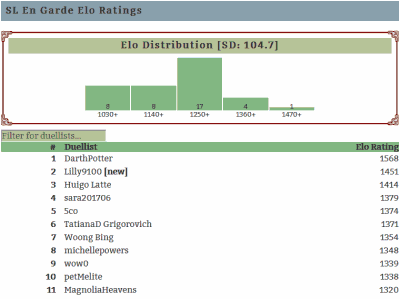 This lists all participating En Garde duellists and their corresponding Elo Rating, which is a well known ranking system originally developed for Chess, but also used for other sports and games. Duellists with less than 30 duels played so far are labeled [new]. As a duellist in Second Life your current Elo Rating will be announced on Nearby Chat every time you hop onto an En Garde piste, and also as soon you finished a duel. 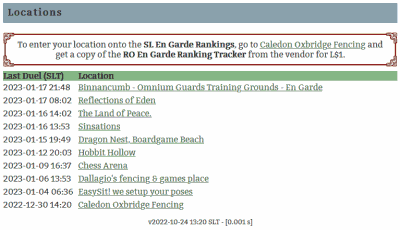 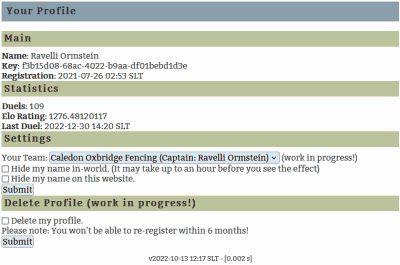 Here you can customise your Privacy Settings, e.g. hiding your name from this website and from in-world displays.
To access your SL En Garde Rankings profile, you need to touch the poster Your Profile, which you can find at the back of the Caledon Oxbridge Fencing hall.

A viewer for K.O. tournaments. It lists all upcoming duels within a tournament, their start time and location of the fencing piste.